Marcus Pfister was born in 1960 in Bern, Switzerland. After attending art school in Bern and receiving training in graphic artistry, he worked from 1981 to 1983 in an advertising agency. In 1984, he left the agency to focus on his own art, namely picture books.

He published his first picture book, The Sleepy Owl, in 1986 with NordSüd, but it wasn’t until 1992 that he truly broke through as an internationally acclaimed children’s author with The Rainbow Fish.

Since then he has received several international awards, and his works have been translated into over 50 languages worldwide. Pfister and his family still live in Bern, where he continues to create more beloved children’s books.

Learn to draw the Rainbow Fish with Marcus Pfister! 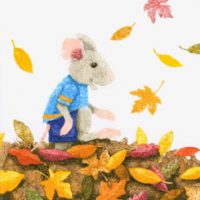 Learn about Marcus’s life story, including photos from his childhood and travels.